Introduction Questions
-Our rube goldberg machine had lots of simple machines in it. In the beginning, the ball rolls down an inclined plane. The ball rolls down a screw, and into a small bucket that triggers a pulley.
-When the ball was rolling down the ramps, it had kinetic energy. When the pendulum had not been triggered yet, it had potential energy waiting for the ball to hit it and make it swing. The ball had to have enough momentum in the final step when it rolled and hit the bandaid, if it wasn’t rolling fast enough, it didn’t have enough force to hit the car carrying the bandaid.

Reflection Questions
-For our rube project, the design process was all over the place. In the beginning, we just designed random steps and altered them to fit with other steps. About halfway through the project we hit some blocks, because we didn’t have enough materials to create our original design. From there, we had to work around the problems and recreate some steps.
-During the rube project, my strengths were most likely creativity and collaboration. I had to work with other students to get our steps to fit together. I also had to be very creative in order to come up with unique, interesting steps.
-I grew a lot in the area of communication. I had to learn how to communicate my ideas so that we could accomplish all of the tasks that we needed to. Before, I was very bad at telling
People my ideas, even if I knew that they would help. I was able to get better at that during this project. 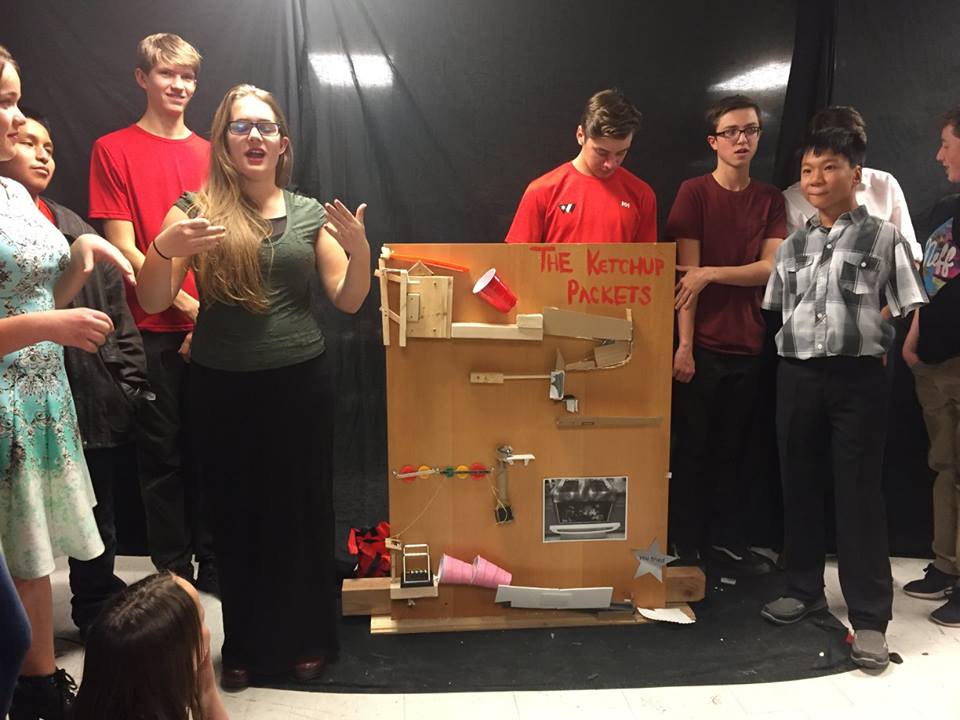 2. The 21st century skills involved in this project were creativity, collaboration, critical thinking and communication. Which of these skills do you feel was your strongest soft skill during this project? Which do you feel was your greatest area of growth? Reflect on and describe why you selected these skills, and support your response with direct evidence from the project.
-I think that I grew in collaboration, because at the beginning, I didn’t want to share my ideas with the group out of fear of judgement. As we worked more, I got more used to working with my group. I could have used some improvement with communication. Even though I had some improvement with collaborating, I still had some trouble effectively communicating my ideas.